Although we certainly haven’t invited it, a sweltering Sedalia summer has taken over this year’s forecast. Staying cool in your SUV is definitely a priority, but there’s more to life than AC! Take to your summertime escapades with some rad RAV4 style, and install a few genuine Toyota accessories as you watch the mercury rise. Here are five fan-favorite 2017 RAV4 add-ons that might make your summer around Missouri a little cooler, both literally and figuratively. 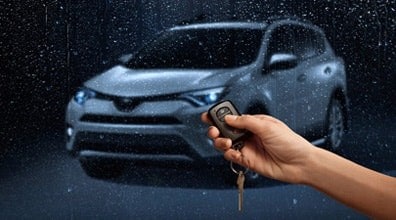 Spare yourself the agony of sweating inside your RAV4 this summer by installing a remote engine starter. With the push of a key fob button, you can pre-cool the car for any trip, long or short. This Toyota accessory can be paired with your existing keyless entry system to create the ultimate form of summertime convenience. And in the winter, the remote starter can be used to defrost windows and heat up the crossover’s cabin, all while you sip on your morning cup of joe in the breakfast nook. 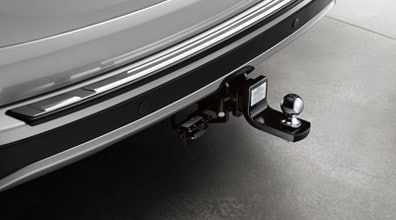 Your RAV4 is built for more than daily Whiteman AFB commutes and Knob Noster errands. With an attached tow hitch receiver, your SUV can take you away from the grid. Installing the hitch is no problem for our McCarthy Toyota service center; we mount it directly to your RAV4’s frame to maximize its towing capacity—the RAV4 can haul up to 1500 lbs.—and ground clearance. So, tug along your camping trailer, some four-wheelers, or fishing boat for a weekend getaway at a favorite Missouri lake. 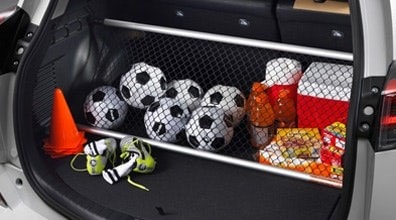 Flexibility—that’s the reason you chose your SUV, right? By installing a durable nylon-mesh cargo net hammock or envelope to your RAV4, not only do you get a bit of added flexibility, but you also get the chance remove the clutter from the back seat. Don’t you think all those empty sunscreen sprays, broken flip-flops, and old towels deserve their own compartments away from the useful items, like your emergency car kit and gym bag? 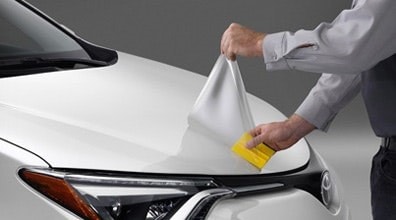 Your RAV4 is as susceptible to UV damage as it is to dirt and dings. Add a layer of invisible urethane to guard the paint job from debris as well as the summer sun, which can dilute even the brightest colors. Genuine Toyota paint protectant film is highly durable and engineered to protect the front hood and bumpers of your RAV4. Ask our Sedalia Toyota dealers about adding this clear suit of armor to your crossover. 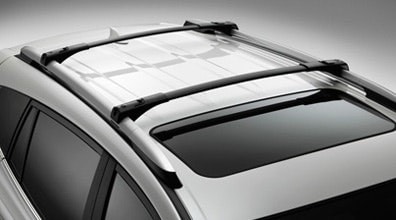 These roof rails are standard on the highest 2017 RAV4 trims, but can also be installed on the base LE. They provide up to 100 pounds of extra cargo space—enough for a tandem kayak, paddleboards, and camping gear—and are completely weatherproof. Head north from Sedalia and take the party to Mark Twain Lake, where you’re never without an opportunity to swim, camp, hike, or boat the weekend away.

As the summer rages on, say “no” to the Midwest heat and “Hallelujah” to your new and improved RAV4! Order your genuine Toyota accessories online, and our McCarthy Toyota of Sedalia dealers will gladly install them on your SUV just in time for your next big adventure. And with a 2017 RAV4, that’s exactly what your summer will continue to be—an adventure like no other.

Contact our new and used car dealership at (660) 530-2282 or visit us at 3110 West Broadway in Sedalia, MO, to get your perfect OEM add-on or browse our new Toyota models, used cars, and certified pre-owned Toyotas for sale. We proudly serve customers throughout and around Sedalia, including Knob Noster and the Whiteman Air Force Base.

About McCarthy Toyota of Sedalia

McCarthy Toyota of Sedalia is a family-owned auto dealership, offering new and used Toyota vehicles to Sedalia, MO and the surrounding area. Find us at: